Posted on January 22, 2018 by Bernard Yenelouis 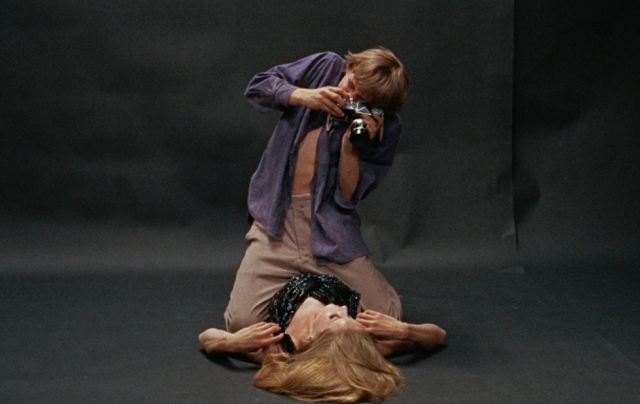 Following conversations with my colleagues at the ICP Library  about an event related to our current photobook display Je est un autre: The Vernacular in Photobooks, I decided to present selections from a small collection of films stills I accumulated in the 1980s when I worked at movie revival houses and non-profits in NYC. Calling these a collection is a misnomer: there was little impetus to my hoarding beyond instincts of accumulation. In the dark forest of time they are little crumbs leading back to multiple tales.

Rather than present the actual stills, I put several images into a powerpoint slide show, an “illustrated talk,” which would act as a prompt to revisit these lost worlds.

My first job in NYC was at the Carnegie Hall Cinema, then located in the basement of Carnegie Hall. The Carnegie was run by a couple, Sid Geffen and his wife Jackie Raynal, who also owned the Bleecker St. Cinema at Bleecker and LaGuardia Place. The Carnegie & Bleecker were part of a circuit of revival houses which were common in NYC at the time, including the Thalia, the Regency, Cinema Village, Theatre 80 St. Marks, the Hollywood Twin, the Metro, along with non-profits such as Film Forum and Anthology Film Archives, which are both still with us, the daily screenings at the Museum of Modern Art, as well as smaller venues such as the Collective for Living Cinema and Millennium. Going to movies was part of seeing movies at the time. VHS (and then DVDs, and then streaming) rendered this world obsolete.

Filmgoing has a manic, obsessive side: The “regulars” as seen in the front row of the Titus theaters at MoMA, or in the film Cinemania touch on this devotion. The narcotic allure of cinema is a platform for sociability, an ersatz commons that has been diminished as we retreat to the privacy of our individual screens.

Through my employment at the Carnegie, Bleecker, Film Forum, the Van Dam Theater, and Anthology I came in contact with a fantastic array of film aficionados who covered a spectrum of interests: classic Hollywood, French  and American auteurism, French New Wave, New German Cinema, experimental filmmakers engaged with the “Essential Cinema” canonized by the founders of Anthology Film Archives, independent documentarians, etc.

Hollywood studios had an office for stills, produced for continuity on sets (John Divola’s project Continuity utilizes examples of these – these images were for internal use only) and for publicity: establishing iconic moments of films, re-staged for the camera, for placement in theaters along with posters and lobby cards. They were both essential and worthless. With the decline of film studios and a move towards independent productions, the making of stills was done on set. The collectible aspect to these scraps is driven by tastes and associations, not material fine-ness. They are mass produced, duped endlessly, and usually printed on cheap resin-coated papers. 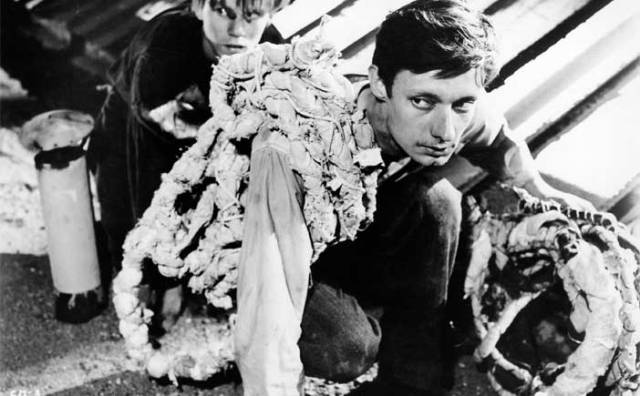 Working in a smaller scale film exhibition system outside of mainstream new releases, and without any specific agenda, I accumulated materials related to the films of Michelangelo Antonioni, Robert Bresson, Jean-Luc Godard, Werner Schroeter, Werner Herzog, Ulrike Ottinger, and Hans-Jurgen Syberberg among others, none of that so unusual for the time: it amounts to a snapshot of art film exhibition in NYC in the 1980s, the same with “classic Hollywood” melodramas by Douglas Sirk, Vincente Minnelli and Nicholas Ray 30 years later this snapshot quality has morphed with the passage of time to look like an entirely different world. The non-linear films of Kenneth Anger or Bruce Conner have adapted to our contemporary world of virtuality fairly well, perhaps out of brevity & a liberal use of music (I recall Anger speaking at the Collective for Living Cinema, citing music videos, ostensibly a form he influenced, as “pablum for the mind.”).

These scraps persist as a sepulchral archive for experiences I didn’t quite apprehend at the time, colored with shifting memories and odd details that persist. Perhaps this is only a ruined map of a kind of magical thinking meant for the young in a big city. In retrospect there’s more skepticism and a sense of critical distance in the materials than I sense nowadays. A pragmatist like Lucille Bluth in Arrested Development may have her finger on the contemporary pulse when she says, “Here’s some money, go and see a Star War.”

Unmoored from their initial contexts, these strange, cheap images can engage with different drives and impulses, and act as a kind of memory theater oscillating between past and future, potentially to reveal more than anticipated. Gathered, rather than collected, with little direction and simple tastes, these images now act as a kind of retrieval system, although what they lead me to is not where I was, or how I thought about it, instead it is someplace else. 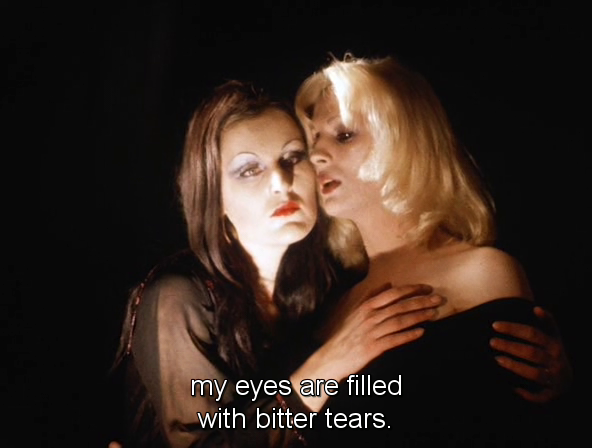