Posted on October 18, 2017 by Janeen Megloranzo

Upon seeing the film, I was inclined to further my research on my favorite painter, leading me to another homage to the Dutch genius but on slightly different medium. Where “Loving Vincent” merged motion picture film with oil paintings, David Douglas Duncan went to France to capture photographs of a specific, and famous, muse that Van Gogh reflected on canvas. 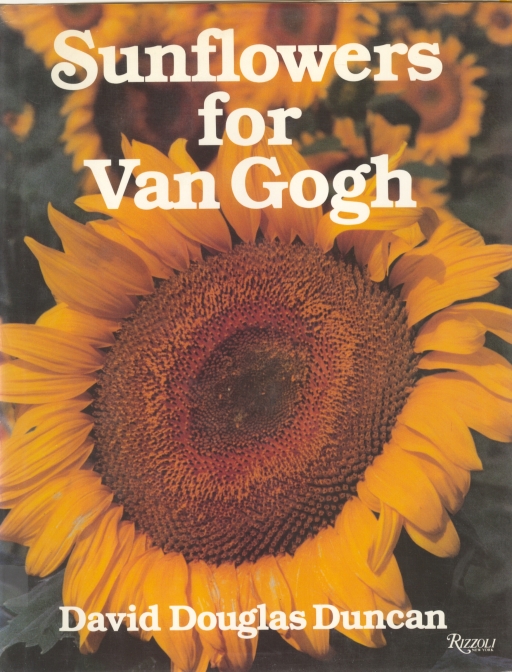 “Dedicated to Vincent van Gogh and Sunflowers, whose short lives he immortalized together with his own” Duncan states on the opening page of his book  “Sunflowers For Van Gogh” (TR724 .D85 1986).  Van Gogh died of a self-inflicted gunshot wound at the age of 37.

Duncan continues: “Vincent van Gogh and I fell in love in the same way, in the same place, with the same girl — one hundred years apart. We both knew her only by her first name. Sunflower”

Throughout the book there are photographs of sunflowers, some solo, some in groups, some in full fields of gold, rolled bales of hay in wheat fields, sheds – all objects familiar from Van Gogh’s catalogue.  Beautifully shot, Duncan captures the personality of the sunflowers – his friends “the girls” – in a way that Van Gogh would appreciate, as he explains on page 12: 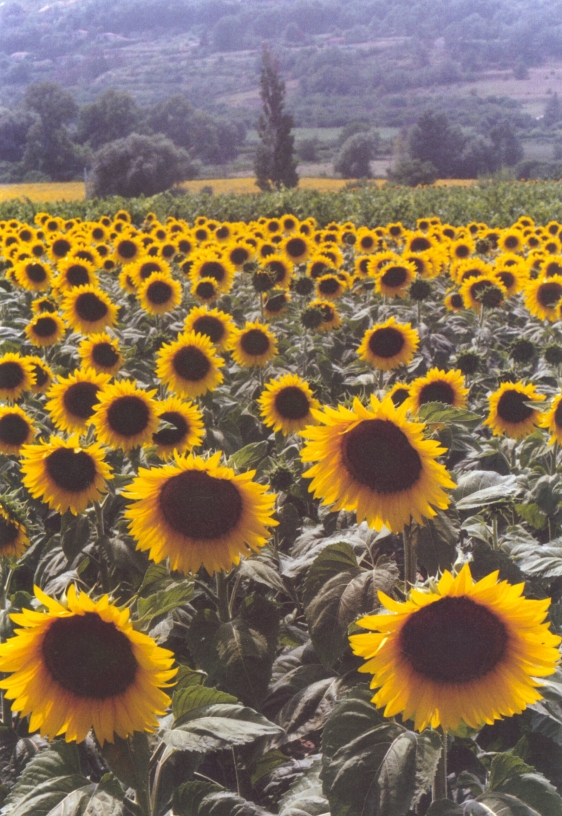 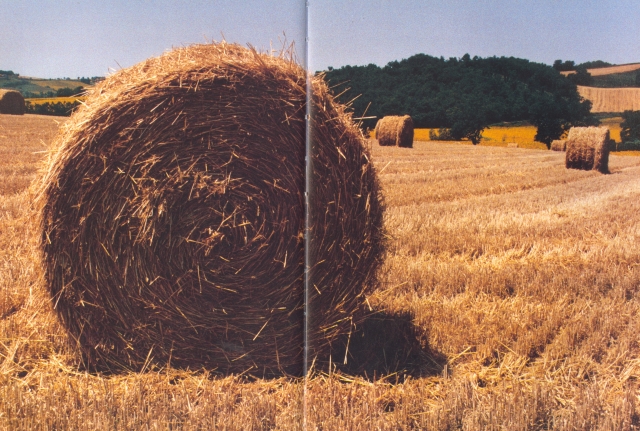 A two-page spread captioned “The lone survivor: A field of onions” is reminiscent of Van Gogh’s “Irises” but with a twist.  Much like the lone white iris amongst the purple ones, this photo shows one lone sunflower lost in a group onion plants.  Even the sunflower’s location is almost identical to the white iris: 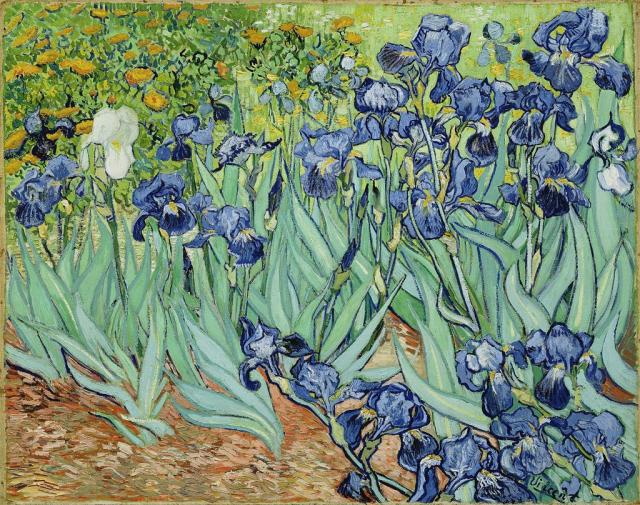 Just as the book opens with a self-portrait of Van Gogh, the book appropriately ends with the seven sunflower paintings (including “Sunflowers and Vase with Blue Background” which was destroyed during WWII) bringing Duncan’s project full circle. 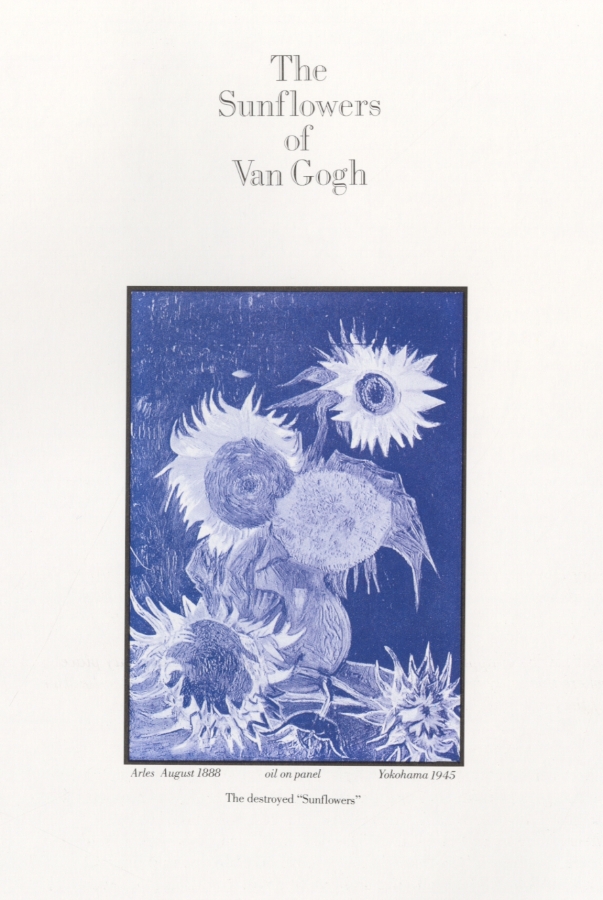 “Sunflowers For Van Gogh” is an interesting book for any fan of Vincent Van Gogh’s work, but it was even more intriguing for myself, as his “Sunflowers” were never a particular favorite of mine. However, Duncan has allowed me to view these paintings in a different light.   His analogy of the lifespan of the flower to that of Van Gogh is clever, solemn and true.

My personal favorite photo of Duncan’s is towards the end of the book.  He was able to capture the real-life moment of one of my favorite Van Gogh paintings – so much so that one could imagine Van Gogh visualizing this himself: