Posted on September 25, 2017 by Bernard Yenelouis 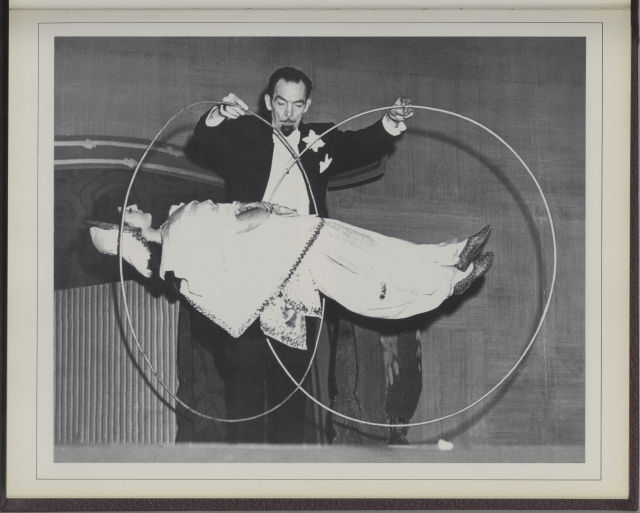 Who was Irving Desfor? Unknown to us up until now, his book/photo album Great Magicians In Great Moments came to the ICP Library when the personal library of our founder Cornell Capa was folded into the ICP collection after Capa’s passing in 2008. How did none of us notice this until it seemingly appeared (excuse the pun) as if by magic? Such are the delights of a library, any library, for diversity and inclusion.

The book was self published in 1983. The colophon bears the notation:

FIRST EDITION: The deluxe, numbered, signed edition is limited to 200 copies. The balance of the first printing totals 1800 copies.

The Library’s copy is marked 61/200. The edition number is written in (excuse the pun) magic marker and our guess is that that the book itself is otherwise no different from the “balance” that totals 1800 copies.

But who was Irving Desfor? According to Magicpedia.com:

“He was 15 years old when his first photograph was published. Desfor was a photographer with AP from 1929 until he retired in 1972. He continued as a freelance columnist for AP until 1979 when he moved to Florida. His wrote the nationally syndicated photo-columnist “Camera Angles” for 31 years.”

“He was famous for his photographs of magicians in action, beginning with Blackstone. His photos appeared in major magic journals for over fifty years.”

And most importantly for librarians and archivists, for future reference:

“In 1978, he donated thousands of his photos to the American Museum of Magic.” 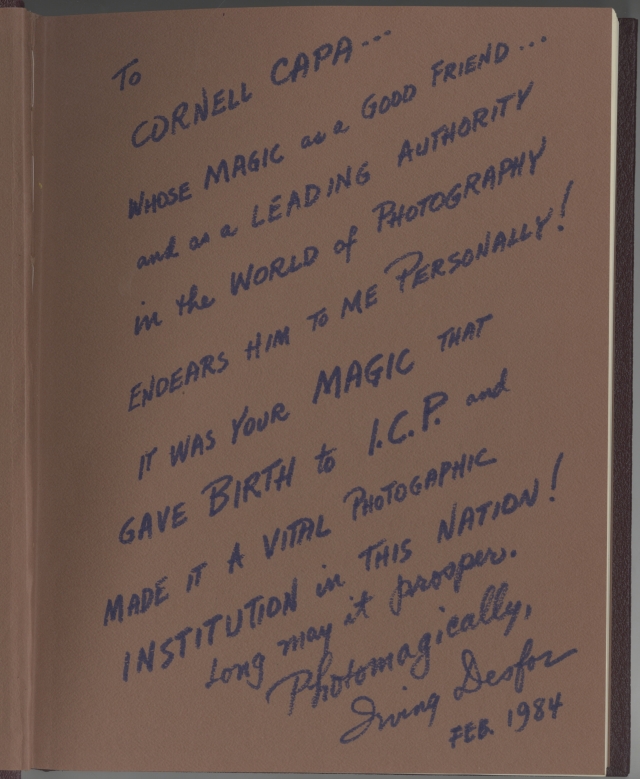 Great Magicians In Great Moments gives us an unparalleled glimpse of magicians at work, as well as moments with star ventriloquists such as Shari Lewis, so fondly remembered from our childhood. Not to mention the presence of Cornell C and MoMA curator John Szarkowski. What would Szarkowski say about photography and magic – that is, magic not as metaphor, but as vocation?

In a mediascape now dominated with technological special effects, the illusionism of magic shows now look jarring in their emphasis on physical trickery and the need of a live audience. It is a world where theaters and clubs are primary venues for shows, before television or computer screen. Why does our “information highway” seem so lonely in comparison? 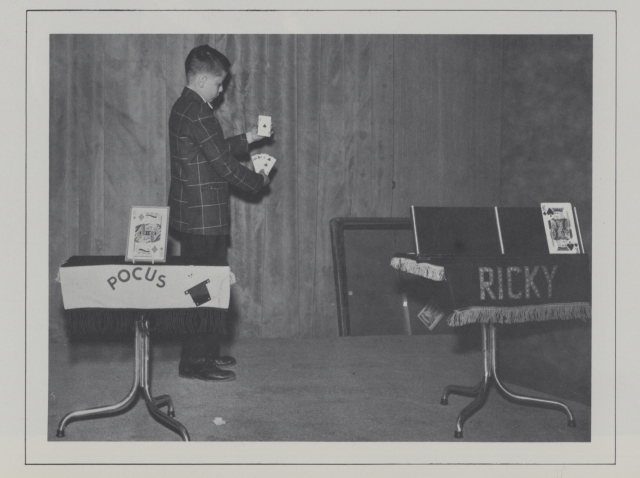 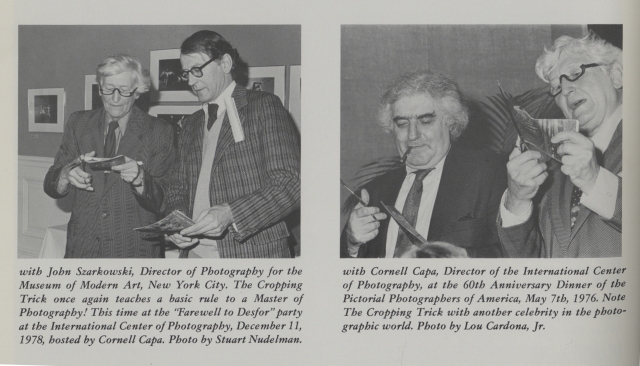 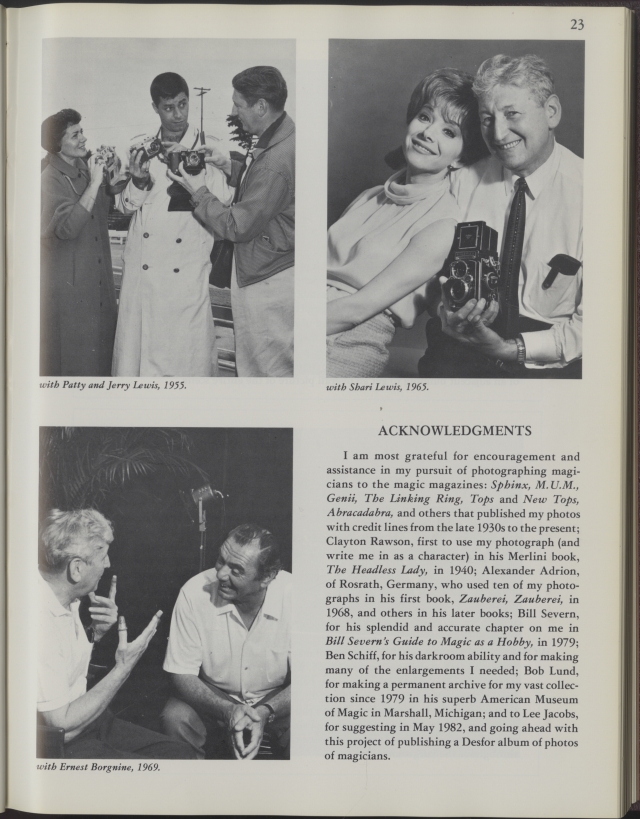 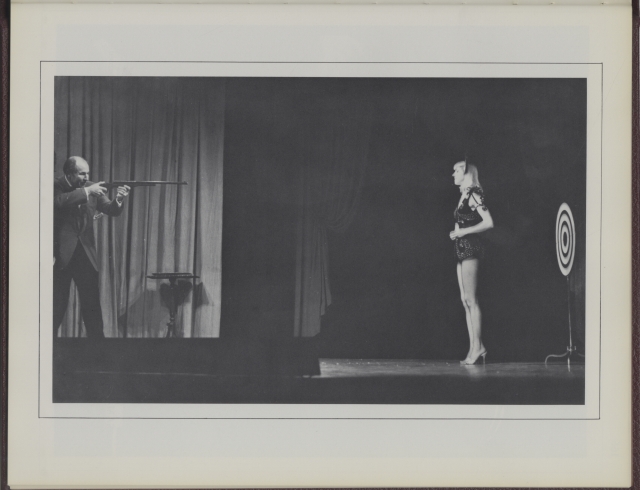 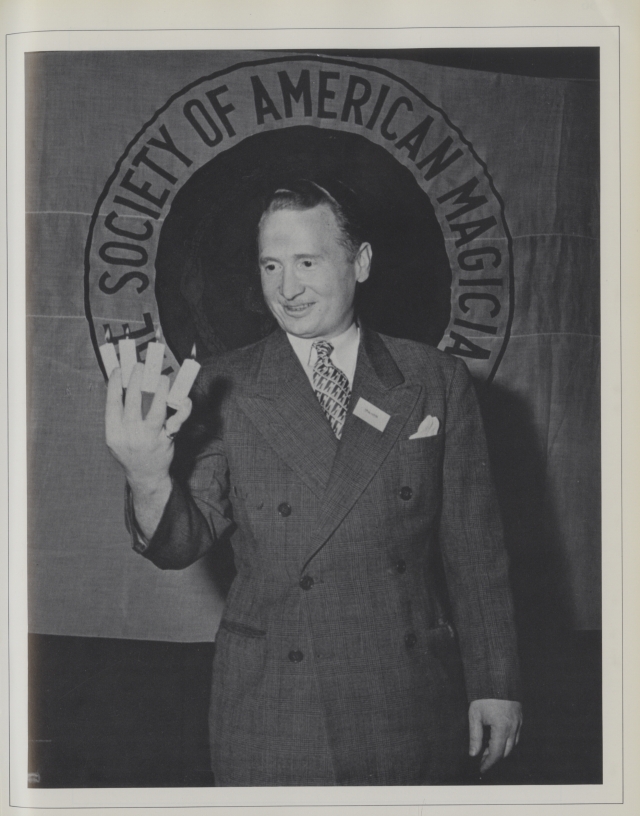 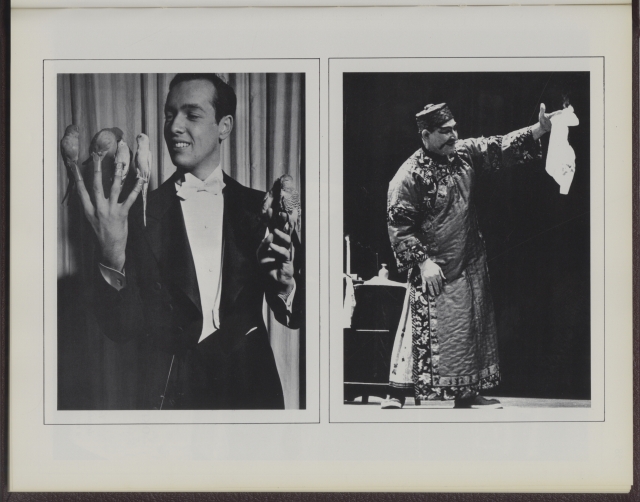 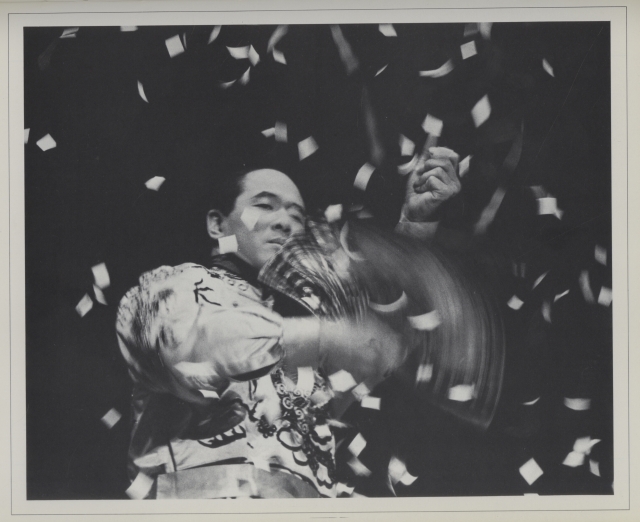 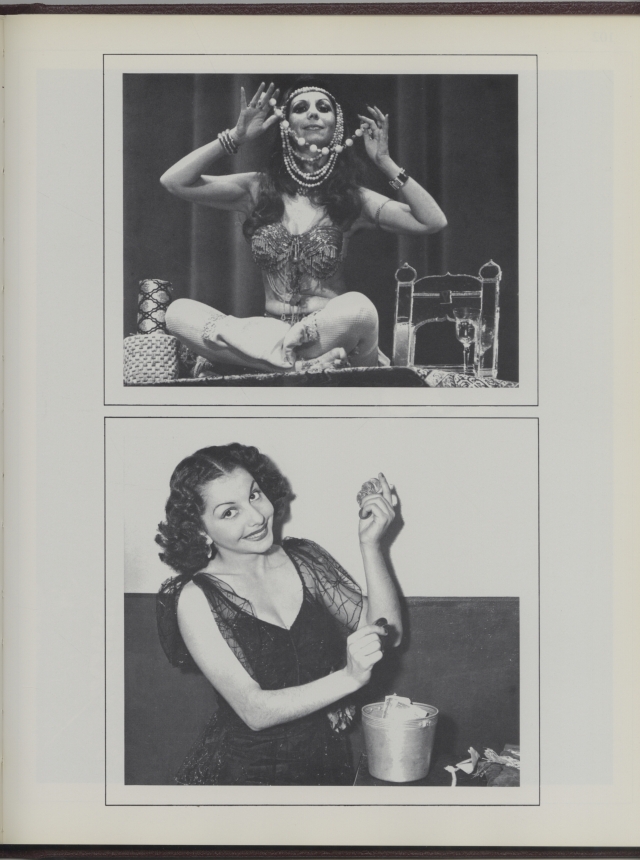 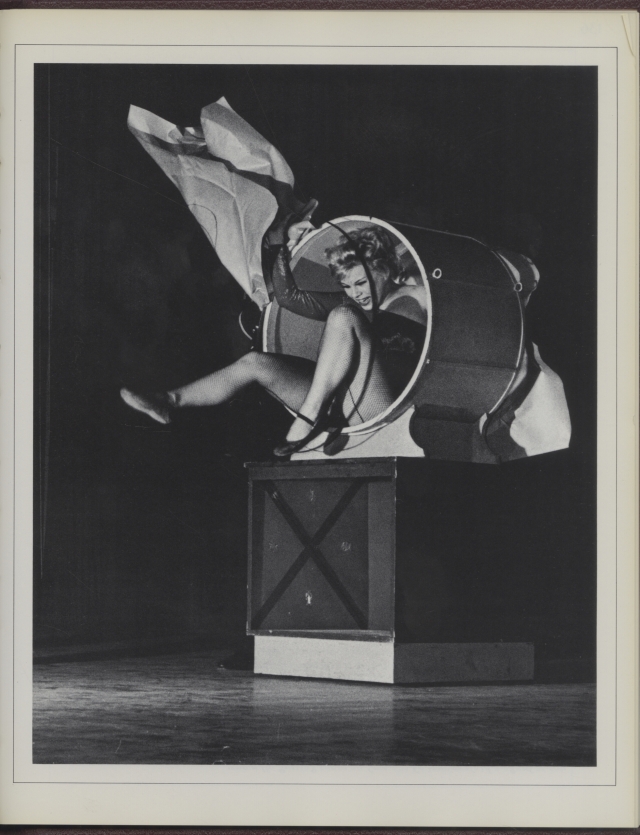 “a visual tribute to the untold thousands of pretty, young assistants of magicians who appear mysteriously from boxes, barrels, cabinets, trunks and other ‘empty’ containers . . .” March 16, 1962 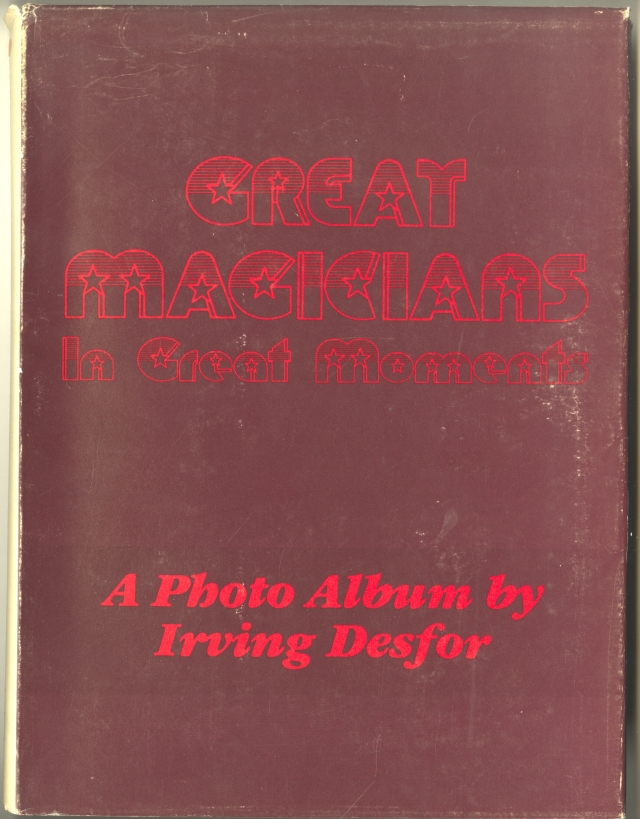 2 Responses to Photography is Magic