What could possibly be hiding under there? 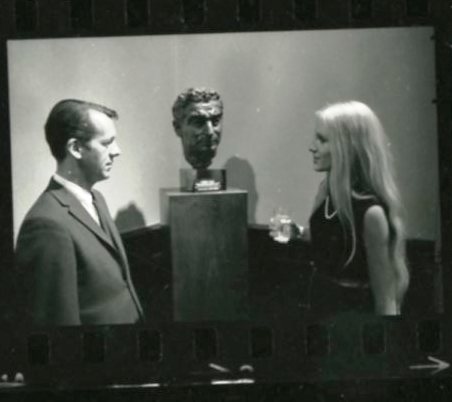 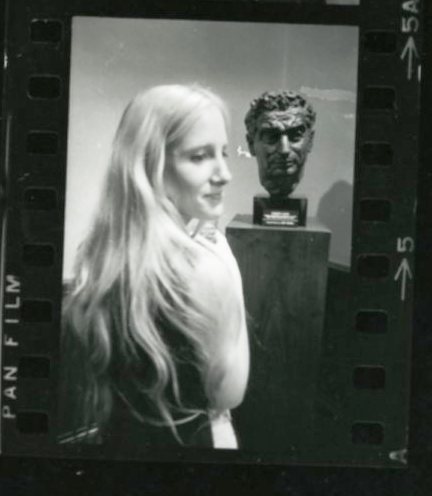 In 1968 the Robert Capa Award [artifact] had a new unveiling to a special select audience of the OPC – Overseas Press Club, Inc. Cornell Capa introduced the new bronze Robert Capa award to a crowded and excited room. In the room that day according to the unknown documenting photographer there was an as yet unidentified blonde woman coyly flirting with the very handsome Robert Capa trophy. 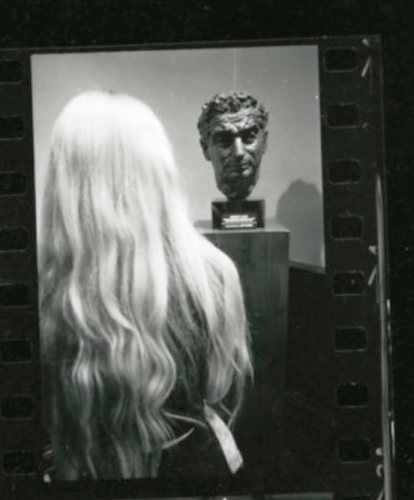 The Robert Capa Gold Medal is an award for the “best published photographic reporting from abroad requiring exceptional courage and enterprise”. It has been awarded annually since 1955 by the Overseas Press Club of America Inc. (OPC) to a war photographer/photojournalist of merit. The award was created in honour of Robert Capa and the first Gold Medal was awarded in 1955 to Howard Sochurek. In 2015 the award was given to Bassam Khabieh. Previous winners of the prestigious Robert Capa Award include: Yung Su Kwon, James Nachtwey, Larry Burrows, W.Eugene Smith, Susan Meiselas, Steve McCurry, Christopher Morris and Carolyn Cole amongst many others. In 1969 the Robert Capa Award was given to an anonymous Czech photographer who had had his negatives smuggled out of Prague and published anonymously in The Sunday Times Magazine under the initials P. P. (Prague Photographer) for fear of reprisal to him and his family. The 1969 award winner was later revealed to be none other than the legendary Josef Koudelka. 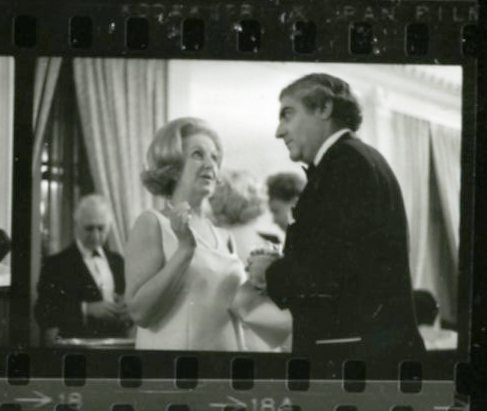 David Douglas Duncan or DDD (born January 23, 1916 -and will be 101 in a few days) is an American photojournalist who is best known for his dramatic war images and combat photography. DDD won the Robert Capa Award of 1967 for his photograph and written story in LIFE from October 27 1967.

Program Guide for the OPC Annual Picture of the Year. 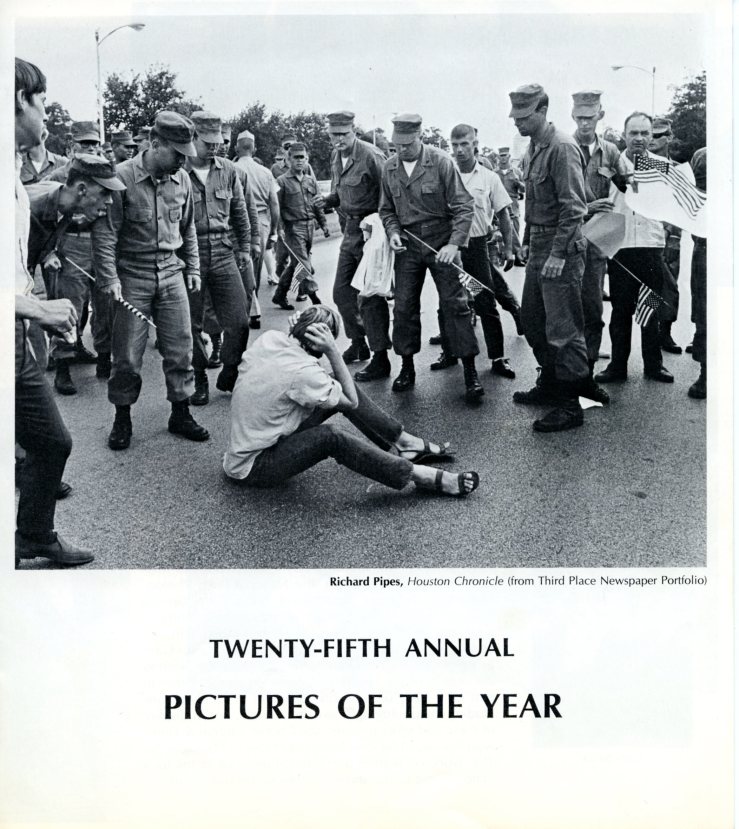 Cornell invites John G. Morris to be a judge.

The extremely charismatic OPC Chairman Cornell Capa ‘working the room’ at the awards ceremony in 1968.