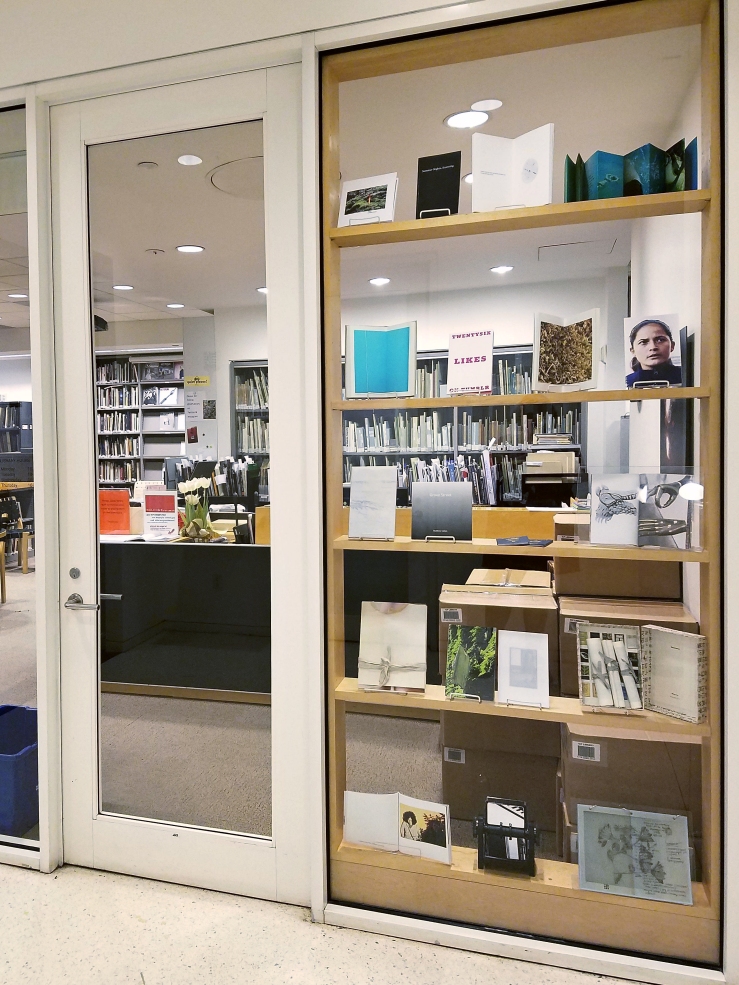 A selection of artist books and zines by the ICP-Bard MFA Class of 2016 is on display in conjunction with the group show, All at Once. As diverse as the student body, the resulting books encompass formats from a scroll to a Rolodex to a fine art collage. These books are not simply vehicles to showcase preexisting bodies of work; they are object in their own right. For these artists, bookmaking has become another form of expression that deepens their practice.

Puche, Verónica. She Only Kisses Underwater. 2015

Sorrentino, Katrina. I Am Thinking of You Always, Even Now. 2015

Liz Sales is cataloged as a bibliographic items with International Center of Photography Library. A bibliographic item can be any information entity (e.g., books, computer files, graphics, realia, cartographic materials, or in Liz's case, Liz) that is considered library material as far as it is relevant to the catalog and to the patrons of the library in question. Liz is the only human being recognized by the Library of Congress as a library holding and has an assigned Library of Congress and ISBN #. While she cannot always be found at the library, she is a permanent part of the collection. For more information about Liz look up her library record at either http://www.worldcat.org/ or http://www.icp.org/research-center/library. View all posts by Liz Sales

1 thought on “All at Once: Artist Books and Zines by the ICP-Bard MFA Class of 2016”