Matthew has asked me and a few other folks to post lists of our own favorite books of 2012. So, here is a list of my favorite photobooks (or, in some cases, books about photography) from 2012. They are held together by no underlying theme and listed in no particular order, and the list contains some titles that overlap with Matthew’s list, which was unavoidable because Matthew has excellent taste.

Morris, Errol. Believing Is Seeing: Observations on the Mysteries of Photography. 2012. Print. 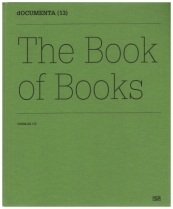 Documenta 13: The Book of Books brings together essays and artists’ projects from DOCUMENTA 13  and reproduces the publication series 100 Notes – 100 Thoughts as facsimiles and in new layouts.  It’s a mammoth book (of books), and although I’ve added it to my list, I must admit that I haven’t actually finished it. But so far, I love it. 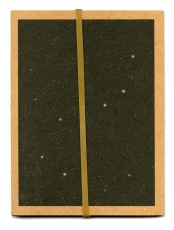 The Afronauts is Cristina De Middel’s re-imagining of the wonderful true story of Edward Makuka Nkoloso and his attempt to propel Zambia into the space race by sending twelve people and ten cats to the moon. It is just as amazing as it sounds. 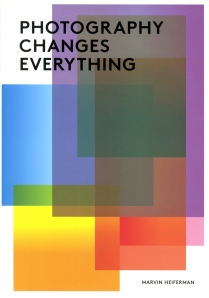 Photography Changes Everything was born from the online Smithsonian Photography Initiative’s attempt to tackle photography’s impact on anything and everything. The publication compiles short, readable essays by authors ranging from John Baldessari to Hugh Hefner. It is the most genuinely interdisciplinary dialogue on photography I’ve ever come across. My copy is so battered from use that I was almost too embarrassed to ask Marvin Heiferman to sign it. 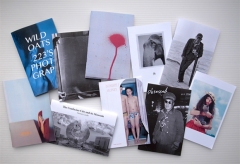 I noticed that Matthew selected a single book from the 88Books’ series of ten zines designed by ten photo-based artists living and working in China. So instead of including the whole series, I chose just one as well. The Confucius City and Its Museum is Huang Jingyuan’s sharp guide to a fictitious museum in China. The publication includes a message from the director of The People’s Museum of Contemporary Art in Confucius City, an introduction to Confucius City and The Museum’s collection, as well as a strange and wonderful accompanying photo-collage in place of illustrations.  It’s wonderful and weird, and I can’t point to anything quite like it. 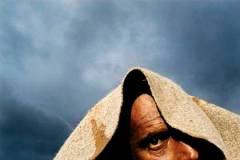 Unordinary Lives is Manca Juvan’s book addressing the ongoing war and instability in Afghanistan.  The book does a lovely job of telling the stories of ordinary Afghans and gives us a less sensational, more comprehensive image of war and poverty. 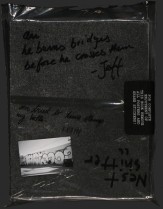 Out to Lunch indexes Ari Marcopoulos’s black and white photographs in various formats, including matte black-&-white images, high-gloss contact sheets, vinyl stickers, over-sized glossy pull-out posters, and a screenplay written together with his son Cairo. All are bound together with black binder’s gauze and housed in an illustrated, clear plastic bag. Its intricacies could have fallen flat in execution, but Out to Lunch was produced by Andrew Roth and, as a result, is completely flawless. 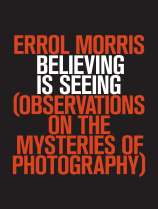 In Believing Is Seeing, director Errol Morris tackles the nature of truth in photography. Stylistically similar to Morri’s films, this work untangles the mysteries behind an eclectic range of documentary photographs.

Photographs Not Taken is a totally un-illustrated collection of essays by photographers about the pictures they were unable to take. Each image-maker was asked to describe the circumstances surrounding “moments that never became pictures.” Their responses include stories of technical difficulties, missed opportunities, and ethical dilemmas.  I particularly enjoyed Matt Salacuse’s tale of being cheated out of a shot by “Scientology voodoo mind tricks.” 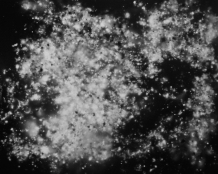 Trace is Shimpei Takeda’s book, originally made as a Kickstarter reward for his ongoing project: creating a physical record of the Fukushima nuclear disaster using a camera-less process. Because radiation exists along the same spectrum as visible light, Takeda was able to use photographic-sensitive material to expose radiation emitted by contaminated particles from the disaster. The resulting prints, made from this radioactive soil, look like starscapes and remind us of the ever-present enormity of the disaster. 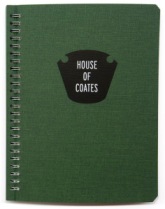 House of Coates is writer Brad Zellar’s examination of writer, artist, and yeti Lester B. Morrison.  Morrison is best known for his publications through Little Brown Mushroom, such as Broken Manual, an underground instruction manual for men looking to escape their lives. Broken Manual was created in collaboration with Alec Soth (who may or may not merely be Morrison’s hipper, better-groomed alter ego) from an earlier period in Morrison’s life from the results of Morrison’s MMPI (Minnesota Multi-phasic Personality Inventory), the four-year period between 2006 and 2010. Here, Brad Zellar reconstructs a story from the test, the administrating psychiatrist’s notes, and a shoebox full of photographs.  I enjoyed gaining further insight into one of my favorite artist’s clandestine life. What gives you the most satisfaction?

Liz Sales is cataloged as a bibliographic items with International Center of Photography Library. A bibliographic item can be any information entity (e.g., books, computer files, graphics, realia, cartographic materials, or in Liz's case, Liz) that is considered library material as far as it is relevant to the catalog and to the patrons of the library in question. Liz is the only human being recognized by the Library of Congress as a library holding and has an assigned Library of Congress and ISBN #. While she cannot always be found at the library, she is a permanent part of the collection. For more information about Liz look up her library record at either http://www.worldcat.org/ or http://www.icp.org/research-center/library.
View all posts by Liz Sales →
This entry was posted in Lists and tagged 88books, Alec Soth, Ari Marcopoulos, best photobooks of 2012, Cristina De Middel, Daylight Magazine, Documenta 13: The Book of Books, House of Coates, Huang Jingyuan, Lester B.Morrison, Little Brown Mushroom, Manca Juvan, Marvin Heiferman, Out to Lunch, Photographs Not Taken, Photography Changes Everything, Shimpei Takeda, The Afronauts, The Confucius City and its Museum, Unordinary Lives. Bookmark the permalink.