A recent article on collector/librarian/archivist Jim Linderman encourages a closer look at books in ICP’s stacks that reflect the history of American roots music, and particularly the blues. 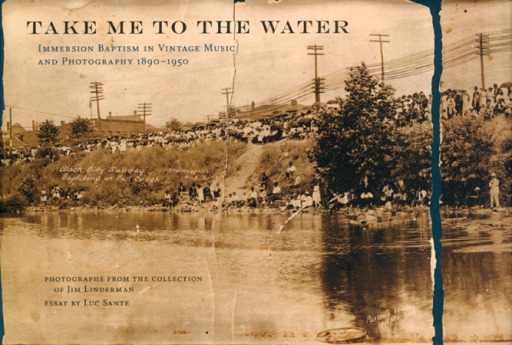 Linderman’s collection of river baptism photographs, now a part of ICP’s Permanent Collection, was the subject of last year’s exhibition Take Me to the Water: Photographs of River Baptisms. With Atlanta’s Dust-to-Digital, purveyor of equally excellent recordings and publications, Linderman produced a Grammy-nominated book from the collection accompanied by gospel and folk recordings. The book is a gorgeous compilation of sepia-toned vintage photographs and essays on the subject as well as song lyrics and biographical information on the recording artists, which couldn’t have been easy to track down. As a contrast to the many unknown photographers included, it’s refreshing to see such close attention paid to the identifies of these performers, whether well-known or obscure. 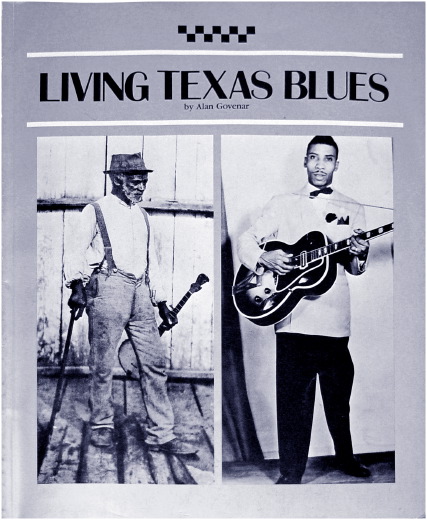 I can remember clearly the first time that I heard some blues and folk musicians, like Woody Guthrie (beyond the ubiquitous, worth-a-closer-listen “This Land Is Your Land”) and Son House (beyond Jack White’s worth-many-listens cover versions). The buzz and crackle of those older recordings strikes an interesting balance between distance, as if the voices are struggling to span the decades since they were recorded, and intimacy, as if they’re private recordings meant just for the player’s friends and neighbors. This latter sense of “the local” is particularly evident in Alan Govenar’s Living Texas Blues, which narrows its focus to a single state and quickly proves that the diversity of the blues is still too great: suffice to say that there is mention of someone who “can describe and demonstrate subtle distinctions between pianists in Houston’s Fourth ward and those in the Fifth ward.” The book is a fascinating mixture of history and vintage images, tracing the history of Texas blues up from slave and labor songs to Lightnin’ Hopkins and other more famous practitioners, even including an immersion baptism image along the way.

Alan Govenar’s organization Documentary Arts, Inc. is also home to the Texas African American Photography Archive, a portion of which was presented at ICP in the 2010 exhibition Jasper, Texas : The Community Photographs of Alonzo Jordan (2010). (See the Documentary Arts website for an enviable catalog of films and publications, many of which are related to the blues.) 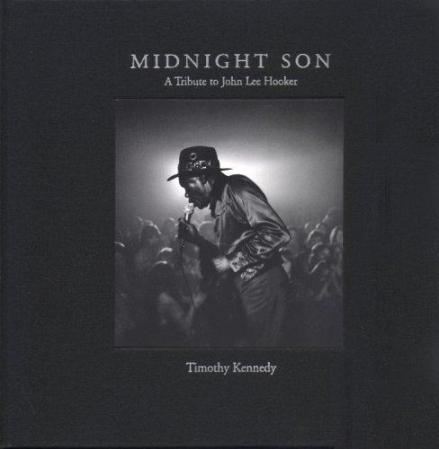 As much as the local plays into blues tradition, it’s also the genre that gave birth to rock ‘n’ roll, and Timothy Kennedy’sMidnight Son presents blues legend John Lee Hooker not as a front-porch enthusiast but as a larger-than-life icon. Shot at close range from the stage itself, the striking images in Kennedy’s book are somehow both personal and heroic, documenting a 1975 performance by Hooker during the Summer Solstice in Anchorage, Alaska. (Almost) literally at the top of the world, the accompanying text notes that in fact this performance occurred before Hooker’s rise to wider public attention in the 1980s, in part as a result of his performance in the film The Blues Brothers. I haven’t heard the live recording, if one exists, but Kennedy’s images certainly show an artist ready to command national attention.

It’s appropriate that Hooker penned the preface for State of the Blues, a sprawling series of portraits of some of the greatest blues musicians in history. Included are Hooker himself, B.B. King, Dr. John, Junior Kimbrough, and many others, along with a series of images from the “blues highway,” as the stretch of Route 61 is known where it runs through the Mississippi Delta region. The legendary Robert Johnson, known as much for selling his soul to the devil as for his remarkable playing and songwriting, is represented by an image of his memorial. (As a photographic side note, there are apparently only two verified portraits of Johnson in existence.) 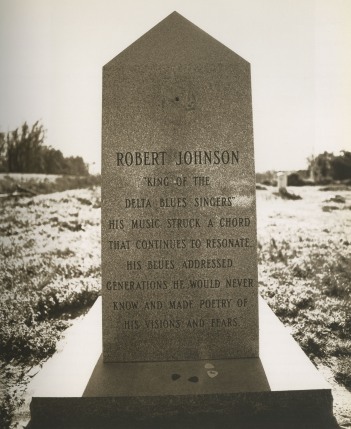 Dunas’ portraits are formal, though often playful, and represent a different strain in musical history than Take Me to the Water or Living Texas Blues. Dunas and Kennedy focus on the remarkable achievements of singular performers, while the images presented by Linderman and Govenar depict their musical forms as integral elements of history and of community life. Both approaches are excellent entry points to the blues and to other roots genres that are cornerstones of the history of American music.

View all posts by Joe Ketner

1 thought on “Roots Music and the Blues in Photography”