Japanese Photo Magazines: From War Time Propaganda to a Postwar Platform for the Avant-Garde.

Within the context of the worldwide professionalization of photojournalism and the emergence of the weekly illustrated-magazine during the 1930s, Japanese photo editors and photographers developed a unique documentary voice. Harnessing the power of socially oriented photography coupled with mass distribution to deliver their message, periodicals in the ICP permanent and library collections are reflective of a number of distinct directions in Japanese magazine publishing. Included are illustrated wartime propaganda magazines of the 1930s and early 40s, postwar corporate sponsored journals aimed at both the amateur and professional, and independent short-lived publications created by the ever-shifting collaborative groups that flourished in the postwar period.

With Japan’s invasion of China in 1937, Japanese photojournalism was increasingly used to mobilize national sentiment in support of the war effort. Several rare publications from this period can be found in ICP’s permanent collection. Of particular interest are two early issues of Shashin Shuho / Photo (Picture) Weekly (1938), a weekly illustrated magazine established by the Cabinet Information Bureau and widely distributed through neighborhood associations. With its mandate to promote national policy during the early war years, it ultimately became a companion propaganda vehicle to the public relations magazine Shuho. Also of note in the permanent collection are four volumes of the large format Japanese propaganda magazine Front (1942). Published by the International Press Photography Association under the direction of the army General Staff, Front was printed in 15 languages for distribution by the Greater East Asia Co-Prosperity Sphere. Remarkable for its inventive montage style, similar in design to Russia’s WWII propaganda magazine USSR in Construction, Front’s photography staff included well-known Japanese photographers such as Ihei Kimura (editor) and Hiroshi Hamaya.

Despite their overt role as propaganda periodicals, Shasin Shuho and Front are also noteworthy for indirectly influencing the development of a socially conscious photography that flourished immediately after the war. Originally established in 1926 by the Asahi Shimbun (newspaper) as a technical and education magazine aimed at amateur photographers, the monthly photography magazine Asahi Camera evolved, after a 7-year wartime suspension (1942-1949), into one of the primary venues for the photo-realism and subjective photography movements of the 1950s. As an early contributor to the postwar issues of Asahi Camera, Ihei Kimura maintained a longstanding and powerful relationship with the magazine and from 1957 onward regularly contributed a column on camera equipment. The ICP Library maintains bound copies of Asahi Camera from 1959 to 1989 (with some gaps in the sequence). Although often cited for its role in supporting seminal postwar dialogues on the evolution of Japanese photography, Asahi Camera is sometimes criticized for its wide and uneven focus that attempts to cover too many aspects of photography.

On the opposite end of the spectrum, with a more diaristic and personal focus, is the independent avant-garde periodical, main Foto Magazine (1996-2000) in the ICP permanent collection. Founded and edited by Miyako Ishiuchi and Asako Narahashi, this self-published magazine was purposely envisioned as a 10-volume limited edition, with only 500 copies printed per issue. Named for the two women photographers’ initials, the magazine also spells out the word “hand” in French – suggesting a more tactile, less commercial orientation. With each issue thematically centered, main’s publication often coincided with a related group photography exhibition. With both having shown work at ICP – Narahasi in Heavy Light (2008) and Ishiuchi in the Dress Code (2009-10) and Japan: A Self-Portrait (1979) – the two photographers have long standing relationships with the museum.

In addition to the above-mentioned historical periodicals, the ICP Library also has several notable individual issues from contemporary independent small run Japanese photography journals. Magazines such as Mole Unit, No. 3 (1994) with a portfolio by Shin Yanagisawa, and Asphalt, No. 3 (2009), edited by Akira Hasegawa (the well-known editor of the 1970s Asahi Sonorama Shashinshu series of 27 books) offer an insider view of the continually evolving contemporary Japanese photography scene. By emphasizing both superior magazine print production and an examination of the historical and cultural framework within which photographers operate and images are produced, these independent magazines present new directions within Japanese photography while simultaneously reflecting upon its evolutionary path. 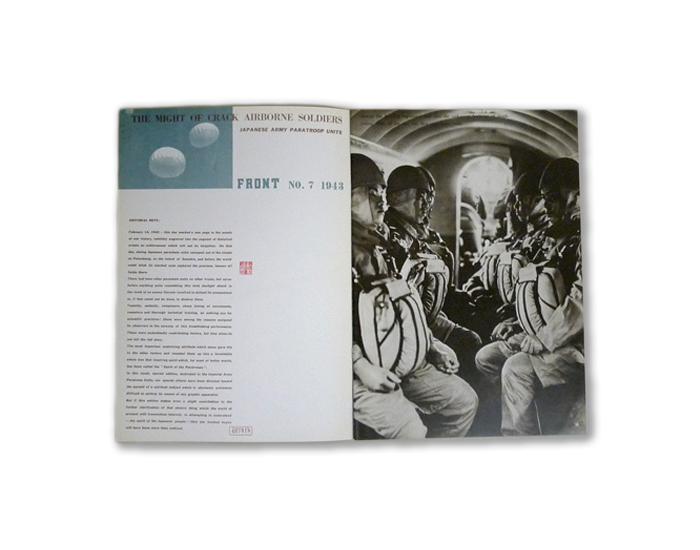 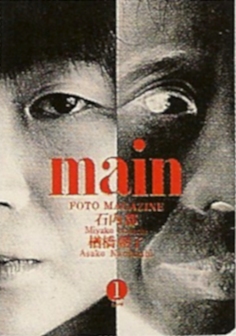